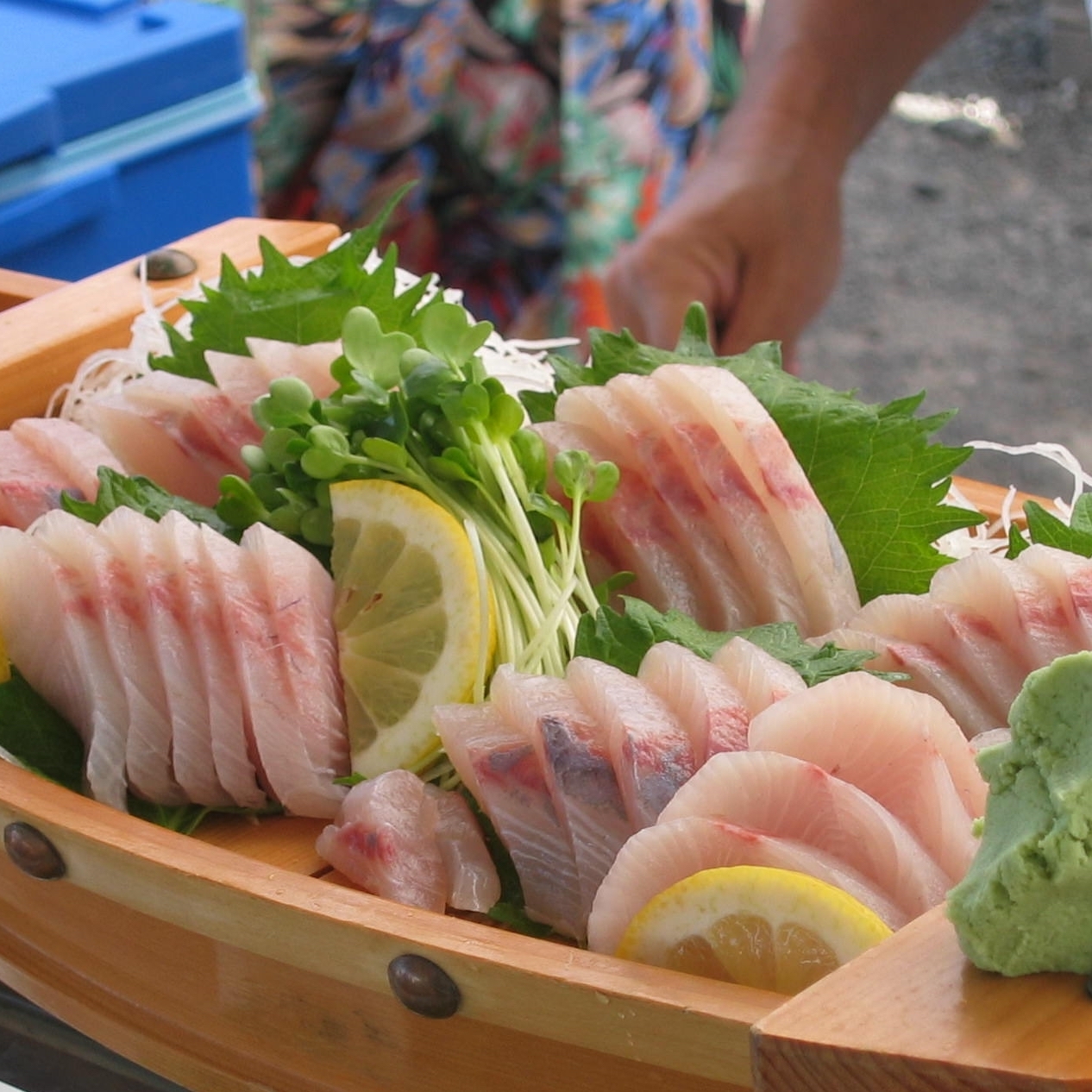 “Softening humanity’s footprint on the seas,” Ocean Era, Inc. is pioneering the development of offshore agriculture and farming fish in their natural environment, the ocean. Started as a Kona kampachi farm, Ocean Era is expanding production to raise nanue, moi, and limu in addition to continuing to provide offshore-farmed delicious kampachi to a variety of consumers. Founder and CEO Neil Anthony Sims explained the idea behind the expansion: “We are taking on broader environmental imperatives for the planet we want to address.”

What started as research on pearl oyster hatcheries turned into a mission to feed people sustainably when Sims applied pearl oyster hatchery technology to marine fish. The research grew into an offshore kampachi farm in Kona that produces 500 tons of premium, sashimi-grade fish per year, and the beautiful kampachi is loved by many, including Iron Chef Morimoto and Chefs Alan Wong and Roy Yamaguchi. The kampachi continues to be raised and sold by Hawaiian Kanpachi. However, on a mission to revolutionize offshore farming, the original company morphed into Ocean Era and began expanding into other types of marine life as well.

Ocean Era recently created a proposal for an innovative Ewa Beach farm that “eliminates reliance on wild fish.” The farm chose herbivorous fish and researched the perfect diet that allows for optimal growth and health while preserving wild marine life. The 200 feet deep farm will focus on culture systems for nanue, — also known as the rudder fish and a prime poke fish — moi, — the pacific threadfin — and limu — seaweeds. “The offshore environment is the natural environment for marine life, so the negative environmental impact is not even measurable,” said Sims, who explained that farming fish is the only way to get more food from the ocean while preserving the wild fish population.

Sims emphasized that in order to combat global climate change, humanity needs to get more food from the ocean. “Over 90% of seafood is imported to the US, with no oversight on animal welfare or environmental standards.” Ocean Era is helping to increase seafood consumption through their sustainable offshore farming. “We have to start doing this in the ocean because there just isn’t enough fresh water or land,” Sims added. While Ocean Era stopped their tours due to the pandemic, they plan to restart tours soon. “We want people to understand the importance of growing offshore agriculture.”

The United Nations Global Compact and Ocean Era, Inc. encourage people to “eat more seafood!” Sims added that in addition to benefiting the environment, doubling seafood consumption will result in a 19% reduction in deaths from heart disease, according to the UN Global Compact. Ocean Era is ready to ensure that people can eat all the seafood they and the planet need. For more information about Ocean Era, Inc., click here.