IL Gelato Hawaii: As Authentic As It Gets! 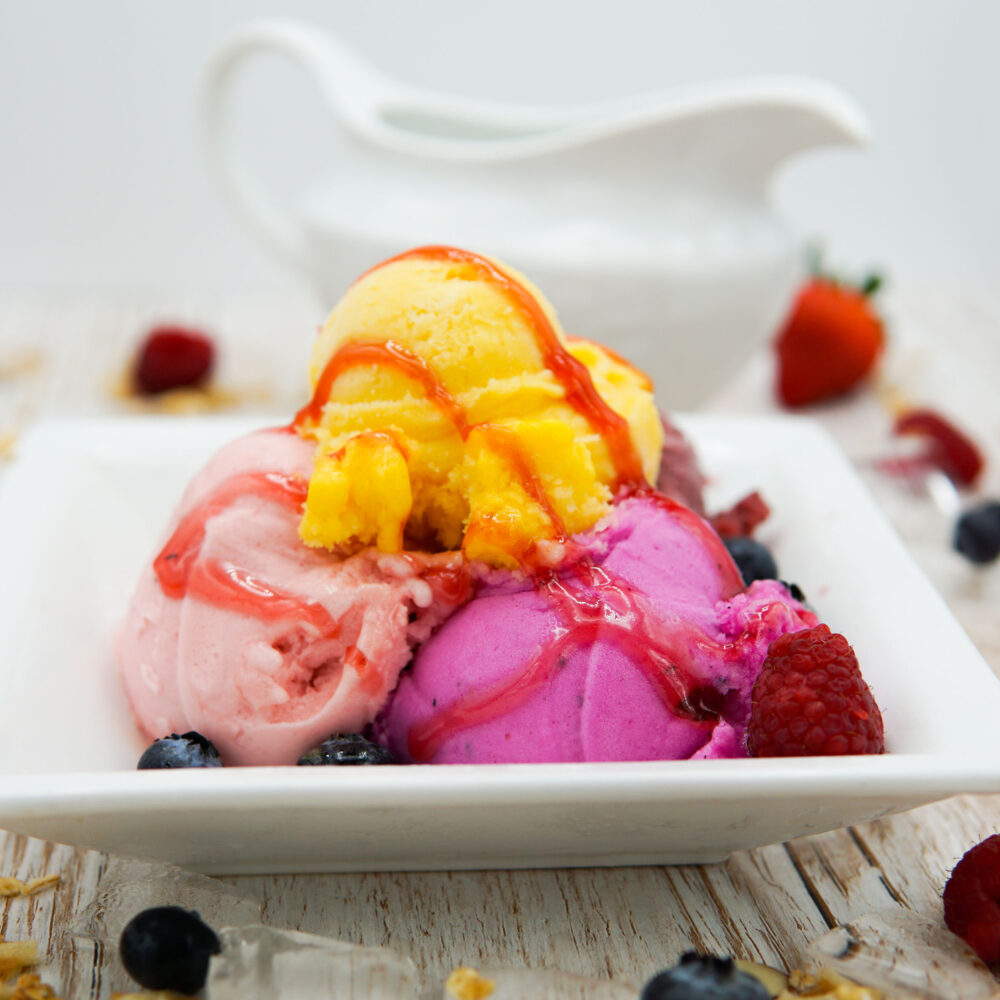 Summer is here, and IL Gelato is making authentic, natural, and award winning gelato and sorbetto for the community! Owner Dirk Koeppenkastrop studied the art of making gelato in Bologna, Italy, and since 2010, he and his wife Nicole Lueker have found multiple ways to provide the delicious creation to Hawaii. “The unique part of IL Gelato is that we do a whole array of things,” said Koeppenkastrop, emphasizing that in addition to selling wholesale and retail gelato and holding gelato events, IL Gelato offers repairs and equipment through their sister company Dolce Hawaii Equipment & Supply to help others be successful in their gelato endeavors.

“The beautiful thing about gelato is that you still have the enjoyment but much less fat and sugar than regular ice cream.” Koeppenkastrop explained that the gelato, which includes only healthy ingredients, is made fresh from scratch every day. IL Gelato is a huge supporter of the Farm-to-Table movement and sources ingredients locally whenever possible. They also use no artificial coloring, flavoring, or preservatives; everything is organic and natural! Their 150 flavors are all original recipes by Koeppenkastrop and Lueker, who draw inspiration from Hawaiian, Asian, and traditional European flavors. Lueker’s favorite is Lemon Meringue, made with local lemons. Koeppenkastrop loves Pistachio, as well as Hawaiian Gianduia. This to-die-for creation is a Dark Chocolate with a Macadamia Nut swirl and is a Hawaiian twist on Italian Gianduia, which is traditionally made with chocolate and hazelnut. While the gelato is dairy based, IL Gelato’s sorbettos are 100% vegan and fat free, and Mango is a must-try! IL Gelato has won numerous awards for their flavors and has been enjoyed by many important figures, including their Coconut being featured in the White House! In addition, Koeppenkastrop served as Team Captain for Team USA in the Gelato World Championships and won 1st in Ice Carving and 3rd in the Mystery Box Gelato Challenge.

Bringing so many delicious and healthy flavors to the table, IL Gelato ensures that Hawaii has every opportunity to enjoy the treat. Their first cafe, located in Kahala Mall, serves Italian coffee and paninis as well as their gelato, the perfect place to stop for a quick snack! In Haleiwa, IL Gelato has a full, European-style cafe with a dining area and a complete gelato kitchen for visitors to see the art of gelato making in action. IL Gelato also has cafe locations in Pearl Highlands and in International Marketplace. However, IL Gelato’s main business is wholesale gelato. IL Gelato can be found in many restaurants and stores and is looking to be in more! Koeppenkastrop is proud to help others set up their own gelato retail and include gelato in their restaurants. “If they’re successful, we’re successful! We want to make sure there’s more people doing gelato!” IL Gelato offers a wide range of support to their partner restaurants, including providing repairs and equipment through their sister company Dolce Hawaii Equipment & Supply. Koeppenkastrop created Dolce Hawaii after realizing the difficulty of getting refrigeration repairs in Hawaii. Dolce Hawaii supports and repairs refrigeration equipment, appliances, and ACs, and provides this service to their IL Gelato customers and others in the restaurant industry. The company has earned a good reputation for service and reliability and has been lowering rates during the pandemic to support local businesses. Lastly, IL Gelato offers catering services where they bring a fleet of gelato carts for an “all you can eat” gelato event! The gelato is made fresh and you can choose from their 150 flavors, perfect for a huge party or a small gathering!