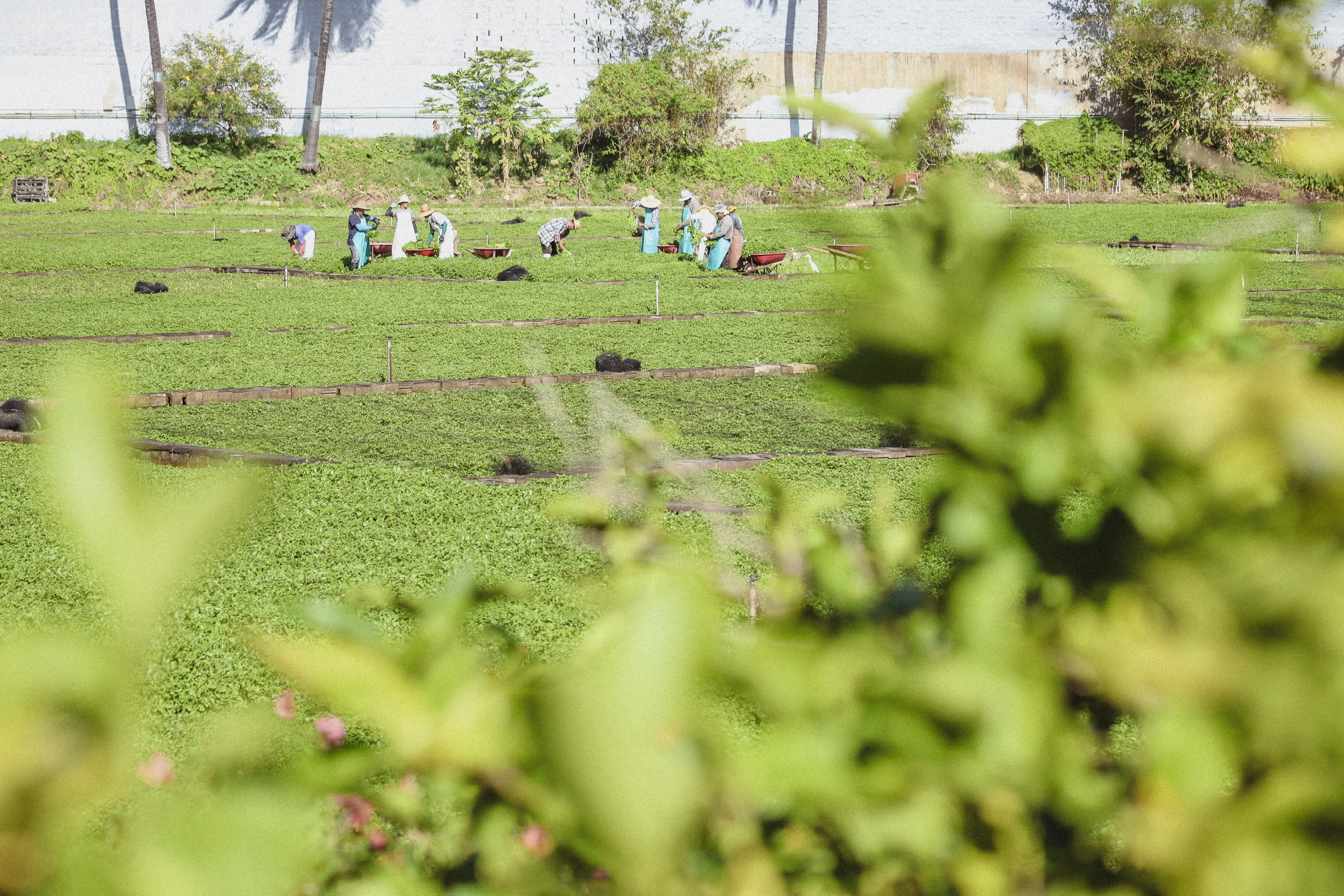 Sandwiched in between the phases of Pearlridge Mall, the green landscape of Sumida Farm represents 92 years of Hawaiian farmland history. “Although everything around it has changed, the farm still looks the same,” said Kyle Suzuki, Marketing Director of Sumida Farm, while discussing his pride toward the farm.

The watercress farm sits on top of Kalauao Springs, natural springs whose water is said to be the secret ingredient in the delicious watercress. “Our mission is to nourish the islands,” explained Business Manager Emi Suzuki when asked about the importance of the farm.

After the pandemic hit, Sumida Farm recognized the vast increase in need for food and began supplying watercress to the Hawaii Foodbank weekly. Additionally, its watercress can be found in grocery stores, as well as featured in restaurants such as Zigu, M by Chef Mavro, and Alan Wong’s. Sumida Farm’s foot-and-a-half long watercress differs from the smaller watercress coming from the mainland.

Sumida Farm wants to encourage people to pick up watercress when they see it. Watercress is a versatile, nutrient-dense superfood that can be used to make a wide variety of healthy dishes. Emi described her Aunty’s kimchi tako watercress poke, an “easy, healthy and delicious dish that can be thrown together using good tako poke, your favorite kimchi, and cut up fresh watercress,” which locals can easily make at home. Watercress is a great ingredient to throw into sauces, soups, stir fry, salads, and sushi rolls, and Sumida Farm provides the perfect watercress with which to experiment.